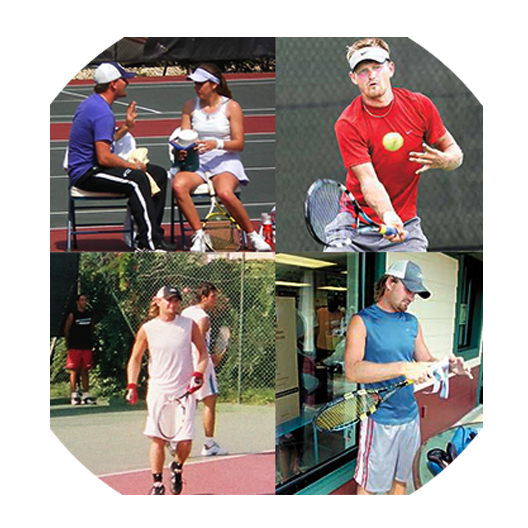 Jason's tennis career started at 4 years old and gained momentum in the under-12 division when he started winning tournaments. He went on to gain local, regional and national rankings all the way through juniors, High School, College and ITF Futures Qualifiers earning a US National Professional Ranking of 301 on the same list as Pete Sampras and Andre Agassi in 2003.

He has competed in over 30 Futures Qualifiers primarily in the United States along with several other countries. In 2007 he officially became a professional tennis player by earning a cash payout from the ITF for a Doubles Tournament in Piombino Italy.

2006-2009 Jason was the assistant women's tennis coach at Furman University in Greenville SC while the Paladins won several conference titles along with NCAA tournament appearances. Also helped coach a player to become an All-American (NCAA Div I) achieving a national ranking as high as #7 in 2009. Followed by 3 years as a volunteer assistant.